Thich Nhat Hanh began to write calligraphies in 1994, for the titles of books, songs and articles appearing in print. Using traditional Chinese ink on rice paper, he developed a new style of Zen calligraphy in the western Roman script. Calligraphies such as “This is it,” “I have arrived, I am home” and “The bread in your hands is the body of the cosmos” began to be framed on the walls in his practice centres around the world.

The calligraphies act as a “bell of mindfulness” for the viewer, reminding us to arrive in the here and now, and touch the wonders of life.

His original calligraphies have now become collectors’ items. High-quality reproduction prints are available in his monasteries, with proceeds going to support his community and the creation of mindfulness practice centers around the world.

Podcast: The Way Out Is In

Books and Calendars – Be inspired 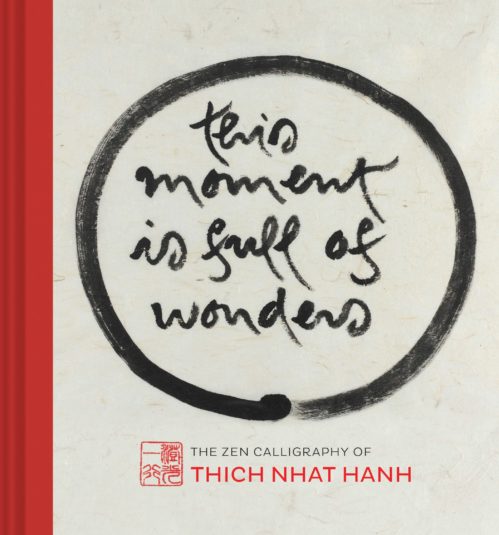 This Moment Is Full of Wonders

A beautiful book of Thay’s calligraphies 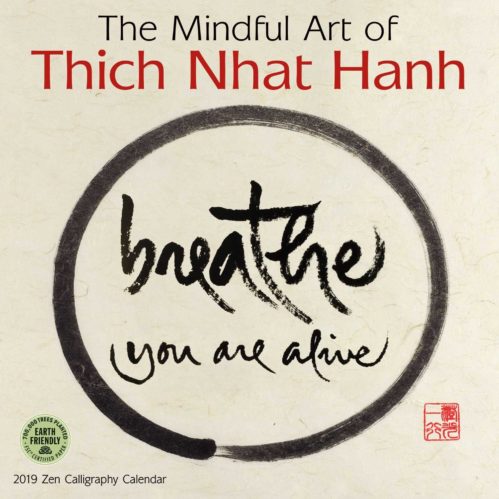 March and April at Hai An Bookstore and Vietnam University of Fine Arts.

US premiere exhibit at ABC Home on Broadway.

August 2012, at the European Institute of Applied Buddhism (EIAB), near Cologne.