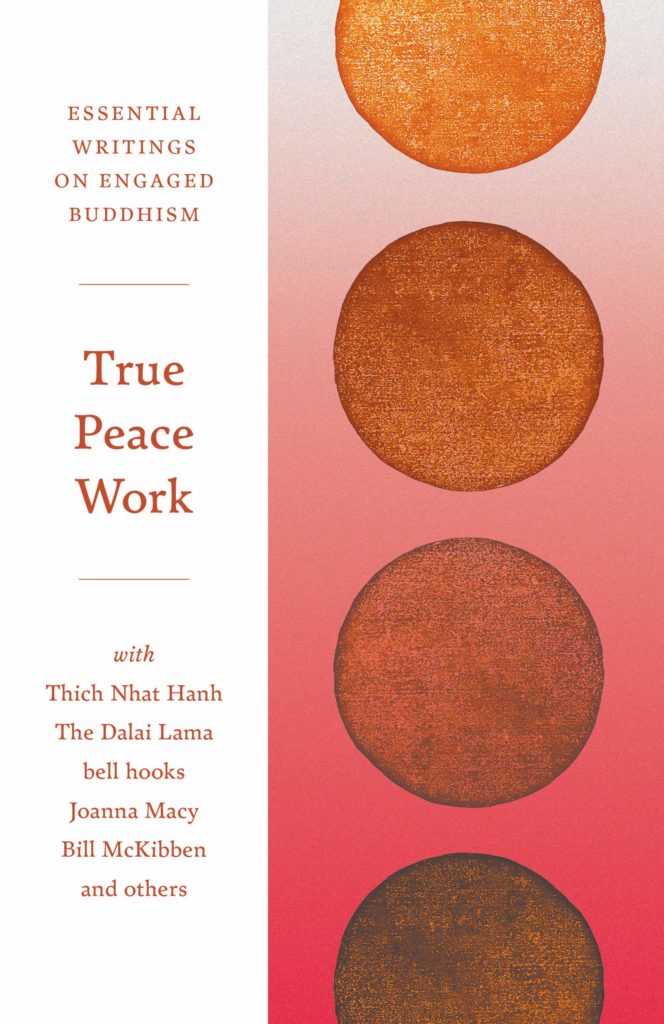 True Peace Work is an anthology of voices from many lineages. Thich Nhat Hanh and many others such as His Holiness The Dalai Lama, Joanna Macy, Gary Snyder, Maha Ghosananda, Bhikkhu Bodhi, Matthieu Ricard are featured in this foundational trove of Buddhist essays, poems, and teachings.

The topics covered here are especially relevant in today’s world: from creating nonviolent social change, to raising climate awareness, to simply learning how to walk (and enjoy it). This is not purely an activist’s manual, however. True Peace Work is a spiritual bedrock that is as timeless as it is timely, one that insists on the connection between peace in oneself and peace in the world.

Now a modern classic, True Peace Work is a collection of writings on the practice of Engaged Buddhism, a term that Zen Master Thich Nhat Hanh coined in the 1950s as part of his peace work in Vietnam that has grown to become a worldwide movement. Originally published in 1996 as Engaged Buddhist Reader, this revised edition has been expanded for our current time with a new introduction and additional contributors.