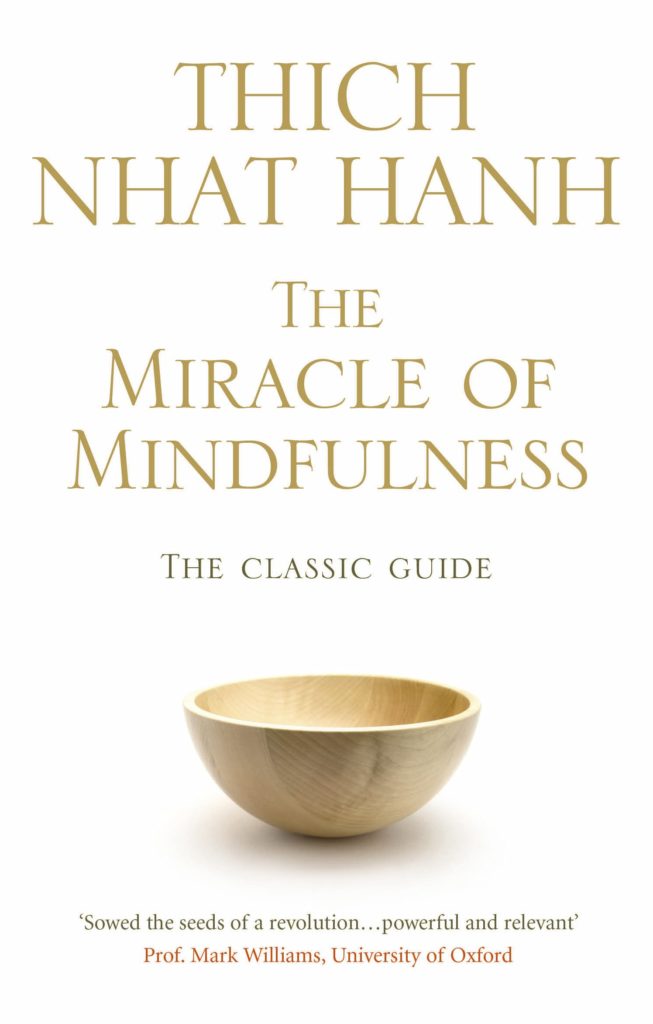 A Manual on Meditation

In 1966 Thich Nhat Hanh was exiled for daring to travel to the West to call for peace. He was cut off from his community back in Vietnam, unable to return. He wrote “The Miracle of Mindfulness” (“Phép Lạ Của Sự Tỉnh Thức”) in 1975, as a manual for his young social workers to help them not burn out amidst the danger and tragedy of war. Distributed underground, the book offered new mindfulness practices of mindful breathing, walking, eating and communicating, developed from his own research and experience. Published in English the same year, the book was hugely influential for westerners taking up meditation in the 1970s, presenting new ways to practice in daily life outside the meditation hall. As Jon Kabat-Zinn has said, it was “The first book to awaken a mainstream readership to the subject of mindfulness.”