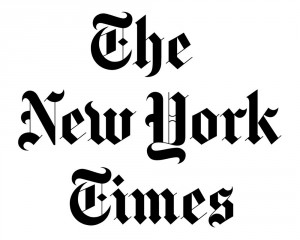 HARTLAND FOUR CORNERS, Vt., Oct. 12—From where he sat in the afternoon sunlight, the autumn foliage overspreading the nearby hills, the Zen Buddhist monk Thich Nhat Hanh could survey a former horse farm now called the Green Mountain Dharma Center, a place for Buddhist study and the future home of a monastery for several dozen monks like himself.

He was in the midst of a few unscheduled days, a break from the round of lectures and retreats, in which he has spoken to audiences of hundreds, sometimes thousands, about the need to live ”mindfully,” that is, with such an intense awareness of the present that one acquires self-understanding and compassion for others.

Among Buddhist leaders influential in the West, Thich Nhat Hanh ranks second only to the Dalai Lama, the exiled spiritual leader of Tibet. His works can be found in bookstores coast to coast.

”The Dalai Lama has millions of admirers,” said Helen Tworkov, editor of Tricycle, a magazine devoted to Buddhism in America, ”but there are thousands of people in this country who think of Thich Nhat Hanh as their teacher,” a significant personal relationship.

”He’s been a very important figure in the spread of Buddhism,” she added.

How many Buddhist practitioners there are in this country may be impossible to know. But in his book, ”The Complete Guide to Buddhist America” (Shambhala, 1998), Don Morreale offers a clue to how fast Buddhism has grown, reporting that while 21 Buddhist study centers were established here from 1900 to 1964, more than 1,000 have been established since then.

But in an interview today, Thich Nhat Hanh’s subject was Vietnam, specifically his desire to return to teach there after more than three decades in exile, living mostly in France. In 1966, he had embarked from his homeland on an overseas peace mission, meeting with the Rev. Dr. Martin Luther King Jr., Pope Paul VI and Secretary of Defense Robert S. McNamara, to whom he appealed for an end to the American bombing of Vietnam. The former Government of South Vietnam barred his return, as did the Communists who took control after the war.

”I have offered teachings and practices in 35 countries,” said Thich Nhat Hanh. ”And yet in Vietnam, my books are still banned.”

By speaking publicly, after behind-the-scenes efforts, Thich Nhat Hanh and his supporters hope to gain greater support in the United States and Europe to persuade the Vietnamese Government to allow him, with a delegation of other Zen monks and nuns, to return to teach. They want to go as legitimate religious figures in their own right, without having to depend solely on the sponsorship of Vietnam’s Government-sanctioned Buddhist organization.

That organization, he said, lacks credibility with many Vietnamese Buddhists in this country.

His goal, he said, is spiritual, to help build up that nation morally, using Buddhist principles he has taught as an antidote to alienation and consumerism in the West. ”Marxism is no longer appealing to anyone,” he said. ”Our intention is to offer a living Buddhism, an engaged Buddhism.”

[In telephone interviews from Washington, where Thich Nhat Hanh had gone on Wednesday to visit several Congress members’ offices, Pritam Singh, a Massachusetts-born businessman who considers himself a student of Thich Nhat Hanh and who travels with the monk, said the effort would be directed at religious leaders, artists and politicians. He said the Vietnamese Government had responded to past inquiries by saying the monk, who holds a French passport, needed to return to Paris and apply for entry into Vietnam either as a tourist or through the country’s official Buddhist organization. But the Government has not indicated whether Thich Nhat Hanh would be granted entry in either circumstance, Mr. Singh said.]

Among those who have taken a strong interest in the case is Representative Rick Boucher, a Virginia Democrat, who has talked with Vietnamese officials in Hanoi about it.

[In a telephone interview on Friday, Mr. Boucher said one possibility would be for Thich Nhat Hanh to be jointly sponsored by the official Buddhist organization and a secular, international friendship organization, similar to an arrangement earlier this year that allowed him to visit China for three weeks and to teach in Buddhist monastic communities.

[He added that the State Department, too, had taken an interest in working out a way for Thich Nhat Hanh to visit Vietnam.

[Asked to comment, a spokeswoman at the Vietnam Embassy in Washington said, ”The consistent policy of the Government of Vietnam is to create conditions favorable for Vietnamese overseas to fulfill their desire to return to visit their homeland.” She added that for all who wished to return to visit, ”their return to the homeland is facilitated according to existing regulations of the Government of Vietnam.”]

During the past four decades, war and revolution in East Asia have had an indirect, yet profound impact on American religion. Exiled Buddhist scholars, like Thich Nhat Hanh and the Dalai Lama, among many others, have become important teachers, writing and lecturing, spreading knowledge of Buddhism.

On Sept. 24, more than 3,500 people turned up to hear Thich Nhat Hanh speak on ”peace, harmony and happiness” at the University of Vermont. On Sept. 26, about 500 people came to a five-day retreat led by Thich Nhat Hanh at the Omega Institute in Rhinebeck, N.Y.

At 73, Thich Nhat Hanh is a small, slender man who possesses an aura of stillness and a focus that commands attention. People who consider themselves his students call him ”Thay,” meaning teacher. In exile, he has created a community called Plum Village in France. His message is plain-spoken.

”Mindfulness is to be aware of everything you do every day,” he writes in his book, ”Going Home: Jesus and Buddha as Brothers” (Riverhead, 1999). ”Mindfulness is a kind of light that shines upon all your thoughts, all your feelings, all your actions and all your words.”

The Dharma Center sits on 175 rolling acres in the hills southwest of White River Junction, Vt. An indoor riding ring is to be converted into a meditation center. Two monastic buildings will house monks and nuns.

Before he began the mission that led him into exile, Thich Nhat Hanh was known as a poet and scholar who had helped found a Buddhist university and a social service corps for youth in Vietnam.

In June 1965, he wrote Dr. King, saying that Buddhist monks and nuns he personally knew who had burned themselves to death, in public protests against policies of the South Vietnamese Government, were acting from a spirit of self-sacrifice, symbolically taking on the sufferings of the larger population.

He and Dr. King met in Chicago in May 1966 and issued a statement calling for an end to American bombing in Vietnam.

Thich Nhat Hanh said he later paid the civil rights leader a great compliment, telling him that Vietnamese Buddhists who knew of his work considered Dr. King as a ”bodhisattva,” an enlightened being devoted to serving humanity.

Dr. King, the Nobel Peace Prize winner in 1964, paid Thich Nhat Hanh a compliment as well, nominating him for that prize in 1966. (There was no winner selected that year.)

When the South Vietnamese Government denied Thich Nhat Hanh permission to return home in 1966, it was cracking down on the Unified Buddhist Church, with which he was associated. The organization endorsed neither the American-backed Government nor the Communists, but possessed a vision of its own for reconstructing Vietnam.

Regardless of how the Government viewed him, Thich Nhat Hanh said: ”When I came I was not a politician. I’m not inclined to be a politician at all. My vocation is as a monk.”

But as a monk, he added, ”You have to have the courage to speak out against social injustice, the violation of human rights.”