Union Theological Seminary in the City of New York (Union) has announced that it will award Buddhist teacher, author, and peace activist Thich Nhat Hanh with the Union Medal, “which was instituted in 1981 as a means of honoring individuals whose lives reflect the mission of the Seminary in the world, the Union Medal is the Seminary’s highest award. Previous medalists include Archbishop Desmond Tutu, Vice President Al Gore, and Judith and Bill Moyers.” Nhat Hanh received a Masters of Arts in Religion from Union in 1963.

From the Seminary press release about the event:

“Thay [as Thich Nhat Hanh is affectionately known] has touched deep chords among people of many different backgrounds, faiths, and experiences,” said Union President, Rev. Dr. Serene Jones. “We are so proud to recognize his remarkable global endeavors.”

The September 6th Union Medal ceremony will be held during the Union’s annual convocation service, which welcomes new students and faculty and marks the official start of the school year. Sister Chan Duc, an emissary from Plum Village, the renowned monastery Thay founded in southwest France, will accept the Union Medal on his behalf. Both the Union Medal ceremony and the convocation service will be live-streamed at: https://utsnyc.edu/2017-union-medal-live/

Thay earned the joint Master of Arts in Religion from Union and Columbia University in 1963. Just a few years later, he famously formed a friendship with Dr. Martin Luther King Jr. and was instrumental in encouraging King to speak out against the war. In 1967, King reached out to the Norwegian Nobel Committee, writing: “I do not personally know of anyone more worthy of the Nobel Peace Prize than this gentle Buddhist monk.”

During his decades of exile from Việt Nam, Thay established the international Order of Interbeing and France’s Unified Buddhist Church. Recognizing that mindfulness finds its most genuine expression when practiced as a community, he founded six monasteries and dozens of practice centers in the United States, Asia, and Europe, as well as over 1,000 local mindfulness communities, known as ‘sanghas.’ A vibrant network of some 600 nuns and monks, alongside tens of thousands of lay students, apply Thay’s teachings on mindfulness, peace-making, and community-building in schools, workplaces, businesses, and prisons throughout the world.

While founded as a Christian seminary, Union has long benefited from the insights of other faiths and Thay’s receipt of the Union Medal highlights the newly expanded Master of Divinity (M.Div.) degree program. Beginning this fall, students can pursue theological training in non-Christian chaplaincy through concentrations in either Buddhism & Inter-Religious Engagement (BIE) or Islam & Inter-Religious Engagement (IIE). Union will also be launching the Thích Nhất Hạnh Program for Engaged Buddhism, which will promote academic and public education around issues concerning socially engaged Buddhist practitioners and scholars. The program seeks to generate a diverse set of Buddhist dialogues and responses around topics such as peacebuilding, interreligious engagement, climate change, racism, violence, poverty and economic inequality, incarceration, and gender and sexuality.

This article was previously posted by Lion’s Roar: https://www.lionsroar.com/thich-nhat-hanh-to-receive-union-medal-on-september-6th-in-livestreamed-ceremony/amp/ 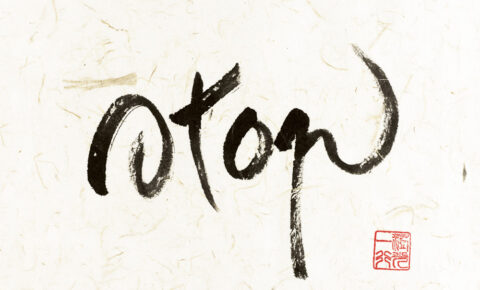