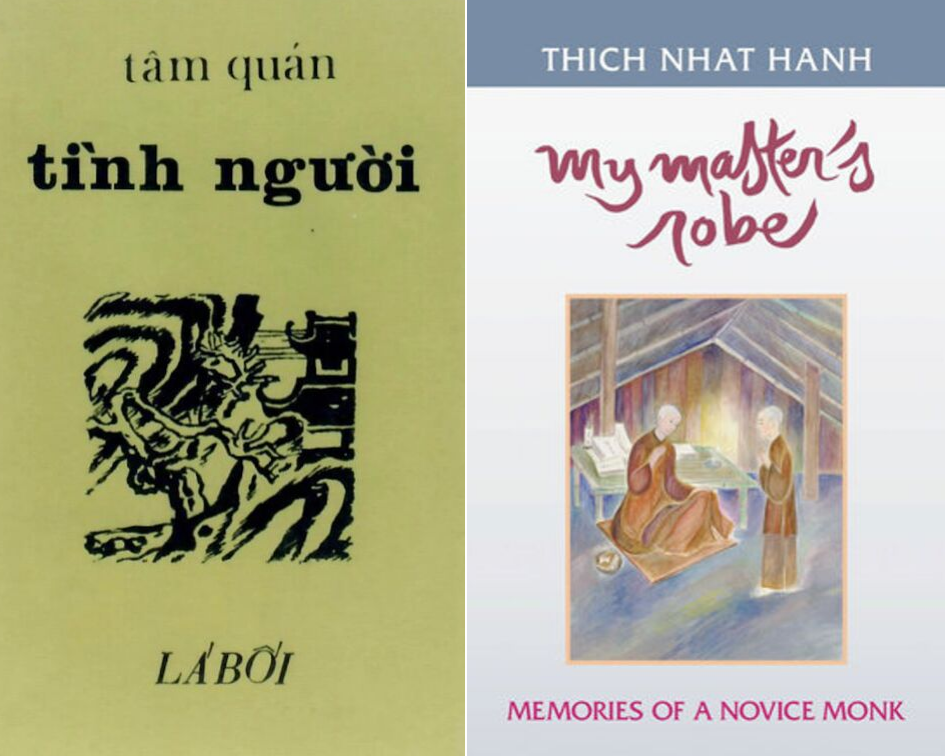 Memories of a Novice Monk

Thich Nhat Hanh’s memoirs from his time as a young novice at Từ Hiếu Temple in Huế (1942-1947), were published in his late twenties (with the title „Tình Người“). “My Master’s Robe” paints a vivid portrait of a Zen temple from a bygone age, without running water, electricity or toilets, and where the ravages of war take even the last sack of rice. The reader can feel the warmth of the monks’ brotherhood, and the care Thich Nhat Hanh received from his own teacher; as well as his strong aspiration to renew Buddhism and make it relevant to the challenges of his time. The book was a lyrical appeal to restore the essence of monasticism in Vietnam.