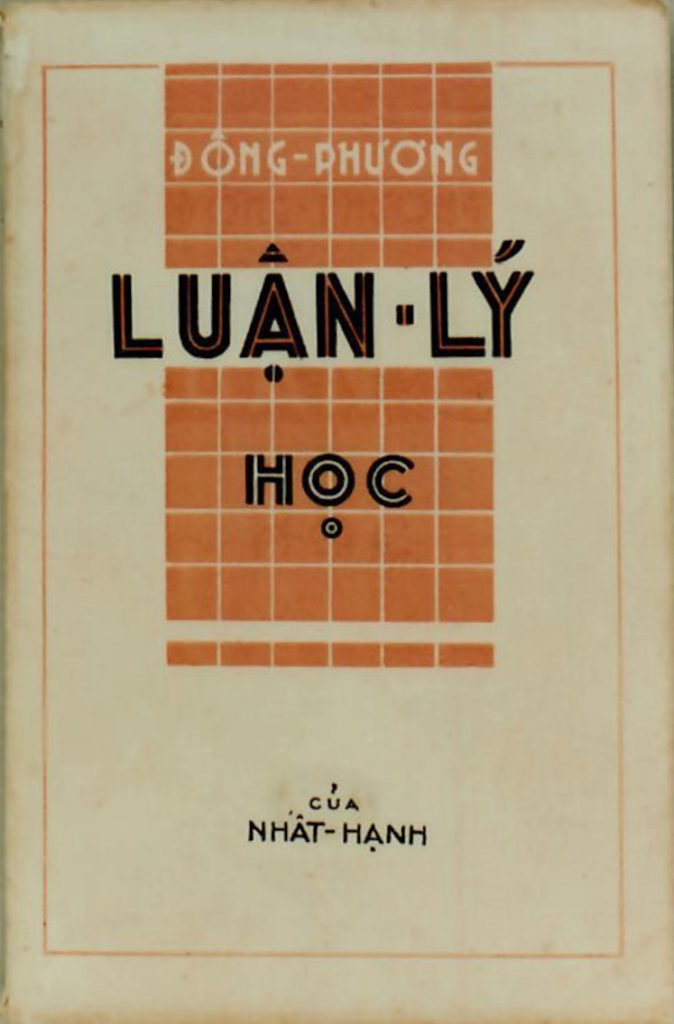 A Comparative Analysis of Eastern and Western Logic

Thich Nhat Hanh has become a prolific author, publishing over 100 books. His first – a collection of peace poems – came out in Saigon in 1949 when he was 24 years old. A year later he published “Đông Phương Luận Lý Học” (“Oriental Logic” or “Buddhist Logic”). In this work of pioneering scholarship, he discussed Oriental and Buddhist logic (hetu-vidya, 因明) in the light of Aristotle, Hegel, Marx & Engels. The book was an early sign of his capacity to bridge Eastern and Western thinking, and became a standard reference text for the new wave of Buddhist institutes springing up in Vietnam during the 1950s Buddhist revival.