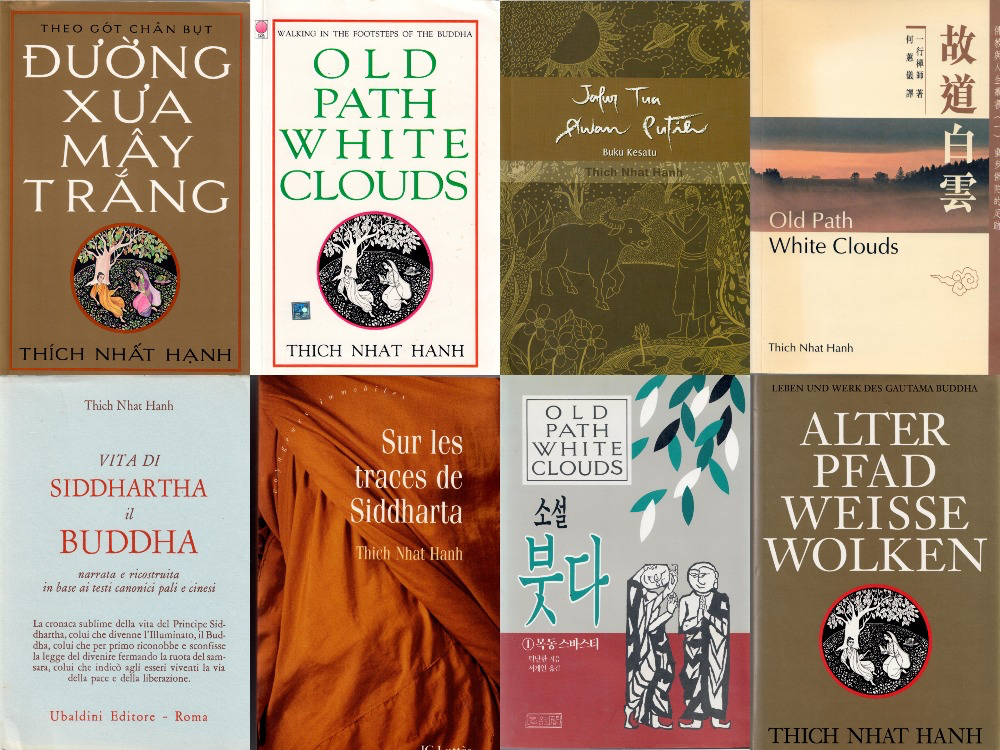 Walking in the Footsteps of the Buddha

As Thich Nhat Hanh’s exile continued, his following also continued to grow. Refugees fleeing Vietnam, and Westerners curious to learn more about Buddhist meditation, sought his teaching and guidance. In 1982 he founded Plum Village Mindfulness Practice Center in Southwest France, a rural refuge where he continued his research and developed new ways to share Buddhist teachings in the West. There, he wrote an intimate new biography of the Buddha, “Old Path White Clouds” (Đường Xưa Mây Trắng), first published in English in 1987. It restores the Buddha’s humanity, telling his story without miracles or superstition, focusing on the evolution of his insight and teaching through his lived experiences. Today it has become one of Thich Nhat Hanh’s bestselling books, translated into over 30 languages.