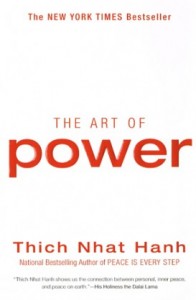 Thich Nhat Hanh gave the following interview to coincide with the publication of his book The Art of Power in July 2008.

What led you to choose power as the subject for your latest book?

TNH: Seeing more and more the suffering caused by misuse of power by people at every level of society — not only political and business leaders, but also teachers wielding power over students, parents over children, humans over nonhuman animals and the environment, and so on.

TNH: Power is the ability to influence people. Everyone wants this kind of influence. When it goes together with great love, great understanding, and not a drive to gratify our own narrow self-interest, it can be a tremendous instrument for bringing love, joy, inspiration. Power in and of itself is not bad; it only becomes so when we try to force the less powerful around us to submit to our personal will. The power that goes with love and understanding, however, is something great.

How did we come to so misunderstand the nature of power? Why do you think the hunger for this kind of power is so prevalent?

TNH: It’s normal for human beings to identify with their own separate self. The problem is that we get caught in that notion of ourself as a separate individual and caught in that individual self’s agenda. The crudest, the most basic form of power is brute force, the ability to physically manipulate and coerce others into accepting the agenda of one’s own ego. It is the first kind of power we learn to exercise as small children. Then as we evolve and mature, individually or as a society, we discover other, somewhat finer instruments of effecting our own will — manipulating others by giving and withholding things they need or want, such as food, shelter, money, respect, affection, or sex.

Most of us have not had the opportunity to learn that there is a higher, more satisfying kind of power, which comes from the realization that we are much more than this small, separate self. When we do this, we see our successes and our failures are the product not merely of our individual self, but of our parents, our ancestors and many other conditions coming together. We are not proud of our accomplishments; we see we are just fortunate to have favorable conditions for success. Relating to power in this way, without begin caught in an idea of a separate self, we do not hurt others. Without seeking power, we become truly powerful.

TNH: Our world political and business leaders need to have the three virtues which I have written about in this book. [Insert]

What kind of power did the Buddha have?

TNH: He had the power of looking deeply into all phenomena and seeing how all things inter-are, how they arise in dependence on each other. If he emerged as a Buddha, an enlightened being, he saw that was because the conditions were favorable for it to happen. He didn’t get caught in delusions of pride or selfishness and so he couldn’t be corrupted. The real power of the Buddha was that he had so much love. He saw people trapped in their notions of small separate self, feeling guilty or proud of that self, and he offered revolutionary teachings that resounded like a lion’s roar, like a great rising tide, helping people to wake up and break free from the prison of ignorance.

Is there a modern example of someone who exemplifies true power?

TNH: Gandhi. Mother Teresa. The Dalai Lama. Anyone who is practicing understanding and compassion can exemplify true power. Anyone can be a Buddha.

In a world where so many of us live with the wrong conception of power, how do we begin to incorporate true power into our work and our lives?

TNH: We need to cultivate the three virtues. Without trying to making ourselves “powerful,” people will notice and admire and come to us, and gradually true power will come to reside in us.

How did your recent trips to Vietnam influence your thoughts on power?

TNH: They’ve provided some excellent examples of the true, spiritual kind of power prevailing over the worldly kind of power system we are used to seeing. Many Communist government officials have a rigid, dictatorial power but they live in constant suspicion and fear of anything that might undermine the power they have. I came to my homeland in 2005 as nothing more than a simple monk. The first time I gave a lecture, there were police everywhere, on the alert and ready to put down a demonstration. But nothing like that ever happened. They also limited attendance at that talk to eighteen people, in a hall that could have held hundreds, to show their power. I went ahead and joyfully offered a teaching to those eighteen people just as if I were speaking to thousands. The officials were astonished by this action and also moved by the teachings. They felt ashamed, and for the next talk they allowed more than 1,000 people to attend. Day by day, the level of their fear was able to go down, lower and lower.

This year on returning to Vietnam, we wanted to hold three great ceremonies of prayer to “untie the knots of injustice” and bring reconciliation for the decades of war suffered by the Vietnamese people in the 20th century. Our intention was to pray for the healing of all the wounded and dead of all nationalities. The government officials wouldn’t allow it; they said if we would speak only of the Vietnamese we might have a chance, although they really didn’t want these ceremonies at all. Their attitude was, there’s been no injustice, why do you need to have these prayers? Finally they allowed us to hold the prayer ceremonies on the condition that we not refer to the ceremonies as “untying the knots of injustice.” The ceremonies brought very deep healing to many people.

In Ho Chi Minh City 10,000 people came, and officials were afraid because there are people now in power who did some of that killing. The officials feared that people attending would say, “That man is the one who killed my husband!” and there could be something like a riot. But we taught people to have loving kindness in their thoughts, speech and action because only in this way could they liberate the loved ones they had lost, as well as themselves. So the officials were reassured.

Many thousands also came to the ceremony in Hanoi. People had had dreams in which their loved ones who had died came and asked the dreamer to attend the ceremony, so they could be liberated. Students rode their motorbikes all night to come, with only ten cents to offer to the temple, ten cents to buy a little food and ten cents for a place to sleep. So many people came and, though they are poor, donated whatever they could; and we are distributing those donations to help handicapped victims of Agent Orange.

All of these things show the power of the people; the power of humanity; the power of love. In Vietnam we clearly saw how true, spiritual power can move gently and peacefully to change a whole nation – yes; even a whole world.

This interview appeared on Belief Net in July 2008. Read the full article here. 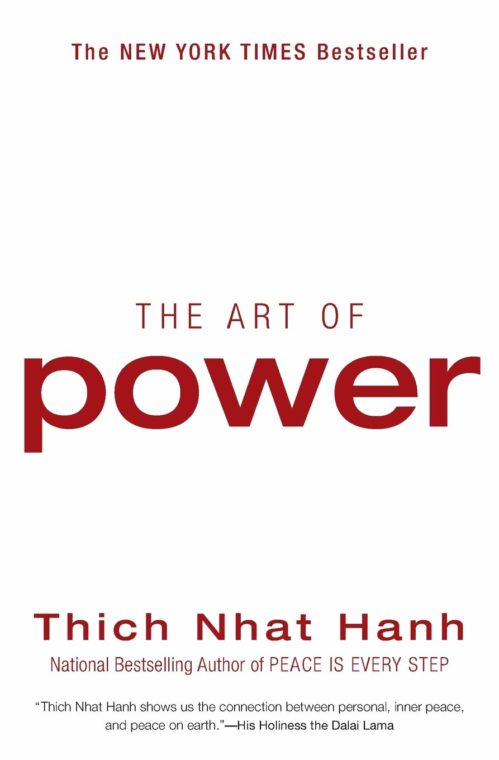 Turning our conventional understanding of power on its head, Zen master Thich Nhat Hanh reveals how true power comes from within. What we seek, we already have. Whether we…