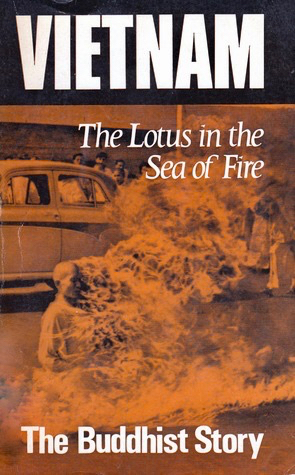 A Buddhist Proposal for Peace

As war raged in Vietnam, Thich Nhat Hanh became a leading figure in the Buddhist peace movement. “Lotus in a Sea of Fire” published in 1967 in the US (and underground in Vietnam as “Hoa Sen Trong Biển Lửa”), was his uncompromising and radical call for peace. It gave voice to the majority of Vietnamese who did not take sides and who wanted the bombing to stop. The Catholic monk Thomas Merton described it as “an explosive little book” with the power to show America that the more it continued to bomb Vietnam, the more communists it would create. It was Thich Nhat Hanh’s first book in English and made waves in the growing anti-war movement in the US.