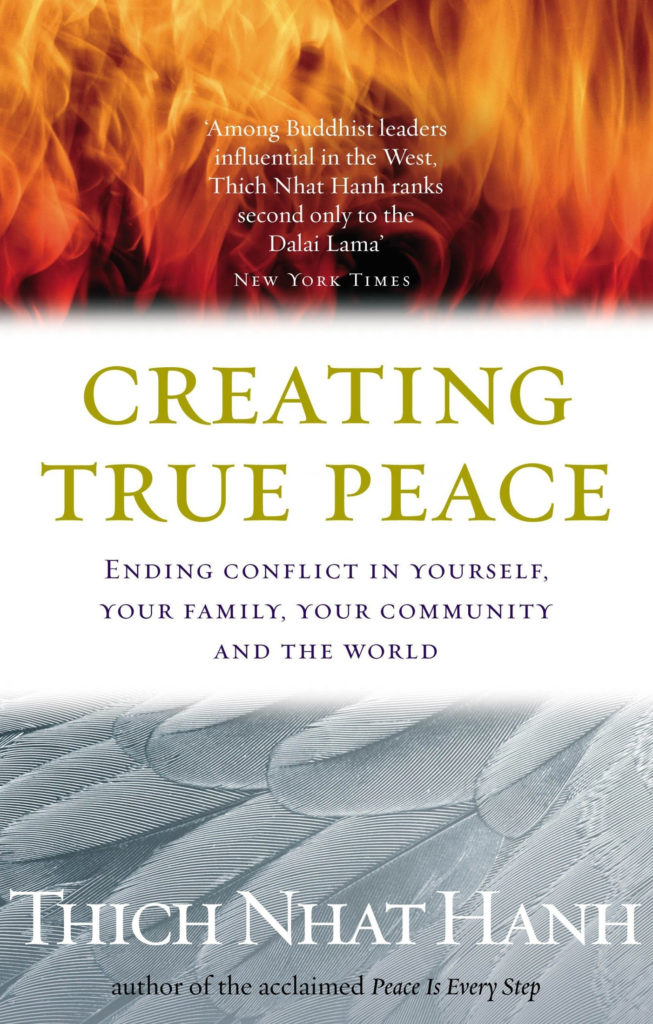 Ending conflict in yourself, your family, your community and the world

After decades of peace activism, Thich Nhat Hanh realised that there was a lot of anger and violence in the peace movement. “You can send all the bombs to the moon, but the roots of the bombs would still be there in our hearts, and sooner or later, we will make more bombs.” He realised that creating true peace requires uprooting the wrong perceptions, fear, anger, and discrimination in our consciousness, and that takes training. And so, as a direct answer to the roots of war, together with his community of mindfulness in Plum Village in south-west France, he developed a code of global ethics (The Five Mindfulness Trainings), and concrete “practices of peace.” These were published in “Creating True Peace” in 2003.