Watching the tragedy of war continue to unfold daily in Ukraine, we open our hearts to the suffering of people young and old. As an international community of Engaged Buddhism in the Plum Village tradition, we observe the war with pain and alarm.

In our Buddhist community, every Christmas we listen with great joy to the sound of Russian church bells, and we open our hearts to the rich spiritual heritage of Russia and Europe. Our teacher, the venerable Vietnamese monk Thich Nhat Hanh, has said that “A bell is always a bell; whether it’s Catholic, Protestant, Orthodox, or Buddhist, it is still a bell.” Listening to the bell, no matter what our cultural or religious roots are, we can have a deep encounter where we touch peace and a shared spiritual dimension. We all yearn for peace. We all need peace.

Our community’s own roots lie in the tradition of Engaged Buddhism in Vietnam, where more than three million people died in a war that lasted nearly 20 years and some two million fled as refugees. We know from our teacher that war is never a solution. It leads only to division and hatred that can last for generations.

Our teacher worked tirelessly for peace in Vietnam by never choosing sides. Instead, he appealed to adversaries to look deeply into each other’s pain, anxiety, and existential fear, and to consider the war’s horrific toll on all victims. Forced into exile, he became a spiritual leader of a global movement for peace, reconciliation, and disarmament.

We believe our teacher’s universal message of peace can offer hope at this pivotal time for Ukraine, Russia, and humanity. History shows us that war can be transformed into peace; survivors can heal despite their wounds. In the name of our teacher, Thich Nhat Hanh, and his great love, compassion, and wisdom, we his students call for an immediate ceasefire, to end the bloodshed in Ukraine. We send our love and support to negotiators on both sides. May they listen deeply to each other and create the conditions for peace.

The Buddha tells us that our true enemy is not to be found in others but in our own fear, anxiety, and sorrow, our anger, greed, ignorance, and hatred. War is made possible by dualistic and discriminative thinking, and by the idea that only by eliminating our so-called enemy can we have peace and security. But as the Buddha said, hatred cannot resolve hatred. Only understanding and love can transform hatred.

As our teacher has said, when there is peace in ourselves, there will be peace in the world. If we succeed in achieving an end to the war in Ukraine and a lasting peace, the whole world will benefit, for as a human family we are interconnected and interdependent. We pray, too, that precious global resources can be redirected from war to where they are most needed, namely, to tackle disease, poverty, hunger and malnutrition, human trafficking – including exploitation of vulnerable children – environmental stress, and climate change.

Our world needs a culture of peace. Our human family needs to accelerate to a higher stage of evolution; to a “cosmic” spirituality and ethic that can unite all peoples and nations, removing separation and discrimination. In this spirit, as a community of Engaged Buddhism, we renewed our commitment on New Year’s Eve 2021 to practice mindfulness for peace on earth. Below, we share with our love this solemn vow.

The work of peace is the work of great and noble beings. As a human family, for the sake of the Ukrainian people, the people of Russia, and soldiers on both sides, our most urgent task is to invest all our energy and skills in exploring every viable option for peace at this time of great danger for humanity.

All our ancestors and descendants are counting on us.

With love and trust,

Cultivating a Culture of Peace

Over the past two years, uncertainty, anxiety, and loss arising from the COVID-19 pandemic have raised levels of fear, anger, and violence in our human family. Contemplating the possibility for such suffering and violence to continue, and to proliferate on an even larger scale, we commit anew to cultivating peace in ourselves and in the world. Following the spirit of the Buddha’s insight into the Noble Truth of suffering, we aspire to practice the following mindfulness training for peace on Earth.

A Mindfulness Training for Peace on Earth

Aware of the suffering caused by the potential for our human family to destroy itself and – through unmindful or reckless actions – extinguish all life on Earth, we are determined to nurture a culture of honouring the sacred web of life that sustains us. This we shall do by committing collectively to practicing mindfulness and leading lives of non-violence and peace, based on our insight into the interconnectedness, interdependency and interbeing of all forms of life on Earth.

We shall practice collectively (as well as individually) in ways that stop all acts and behaviours contributing to the destruction of our human family, other species from the animal and plant kingdoms, and our planet. These destructive actions include the development and production of arms such as nuclear and biochemical weapons, and advanced technologies for waging war in cyberspace and space. The destructive actions we seek to end also include the misuse of social media and other media to manipulate human minds and emotions in ways that generate confusion, mistrust, anger, hatred, and violence within our human family, and cruelty to other species from the animal and plant kingdoms.

We shall channel humanity’s collective energy, material wealth and spiritual resources towards positive, wholesome actions that help people learn about, understand, and trust each other; that nourish our existence as one human family among many species, and that protect our sacred Mother Earth.

With openness and humility, we shall learn to embrace each other culturally, politically, socially, and equitably. We shall respect diversity of ethnicity, gender, age, and religious or other beliefs so we may build and nurture on Earth a human family that is at peace with itself, with all living beings and with the planet. 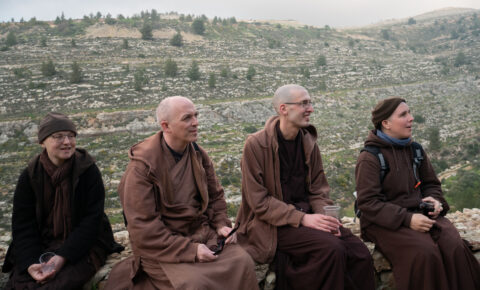 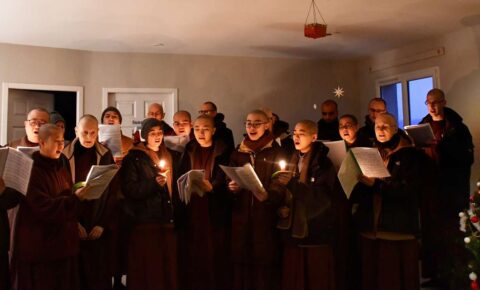