New York, September 2, 2013 – Breathe, you are alive, a calligraphy by one of the world’s most revered global spiritual leaders and master calligrapher Thich Nhat Hanh, will be a part of the U.S. premiere exhibition: Calligraphic Meditation: The Mindful Art of Thich Nhat Hanh. In a rare appearance, Thich Nhat Hanh will hold a ribbon-cutting ceremony in New York on September 5 at a special press event, which will include a silent tour led by Thich Nhat Hanh, along with a live meditative art demonstration.

Hosted by Thich Nhat Hanh’s Blue Cliff Monastery in collaboration with design destination, ABC Home the exhibition will open a four-month run, which is free and open to the public, in Deepak HomeBase, Deepak Chopra’s community space at ABC Home.

“ABC Home is inspired and grateful for Thich Nhat Hanh’s vital work in teaching mindfulness in our world, and for both embodying and stewarding the message of peace,” says Paulette Cole, CEO and Creative Director of ABC Home. “Thich Nhat Hanh’s mindful art, created with pure intention, reflects the most basic moments of truth. Each piece amplifies a path for self-transformation and healing for one’s self, humanity and our planet. We feel a profound privilege sharing Thich Nhat Hanh’s beautiful work and spiritual guidance with New York City through this four-month exhibition.”

Calligraphic Meditation: The Mindful Art of Thich Nhat Hanh is part of the Zen Master’s 2013 Great Togetherness U.S. coast-to-coast teaching tour. His events in New York include a retreat for 1,000 people at Blue Cliff Monastery, the opening ceremony at ABC Home, and a 3,000 person sold-out public talk, Wisdom for Global Peace and Happiness, on September 7. Thich Nhat Hanh will teach approximately 15,000 people in the first month of the East Coast tour, with thousands more following his talks live online. Throughout the exhibition, ABC Home will also host monthly events on different aspects of mindfulness, moderated by leading journalists, and including monastics in Thich Nhat Hanh’s tradition.

About Thich Nhat Hanh
Zen Master Thich Nhat Hanh is a global spiritual leader, loved and revered around the world. His powerful teachings and bestselling writings on the practice of mindfulness have reached an audience of millions, from Europe to Asia to the Americas. He is the man Martin Luther King, Jr. called “an apostle of peace and non-violence” when nominating him for the Nobel Peace Prize, and has been described by the New York Times as “second only to the Dalai Lama” among Buddhist leaders influential in the West. For more than fifty years, Thich Nhat Hanh has been a pioneer of ‘Engaged’ and ‘Applied’ Buddhism, applying ancient Buddhist wisdom to a wide range of contemporary concerns, including ecology, politics, consumption, relationships, cultivating peace, community building, and global ethics.

About Blue Cliff Monastery
Blue Cliff Monastery is one of Thich Nhat Hanh’s three mindfulness practice centers in the United States, nestled in the southern Catskill region of New York State. The monastery is home to a thriving community of over thirty Buddhist monks and nuns, who share their practice of mindful living with people of all backgrounds, ages, faiths, and those of no-faith. Blue Cliff Monastery’s doors are open throughout the year for days of mindfulness and retreats. In 2014, the monastery will be offering special programs for teachers, families, health professionals, veterans, lawyers, and young people, helping them to relax, de-stress, and learn meditation practices for nourishment, healing, and awakening.

About ABC
An iconic NYC destination, ABC Carpet & Home offers choice at the cutting edge of art, sustainability, and design.  Through the preservation of indigenous artisanship, working with global cooperatives, and a commitment to environmental consciousness, ABC aims to be a catalyst in creating home as an expression of vision and values.  Our collaboration with Thich Nhat Hanh, which will bring the message of mindfulness into the heart of the city, expresses our core ethos of using beauty as a tool for positive change allowing the urban community to access this profound wisdom and tap into interconnectivity. 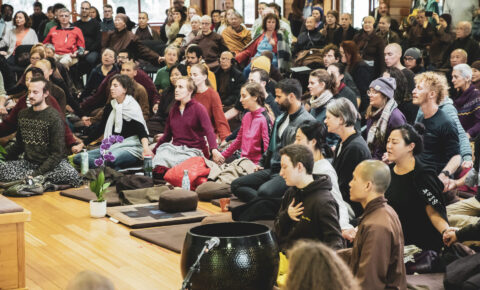 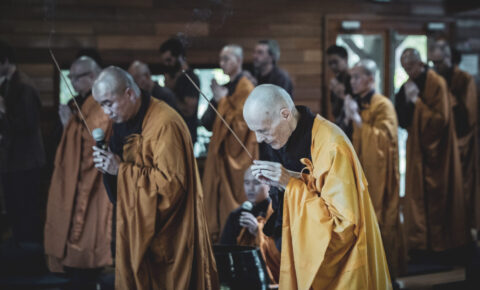 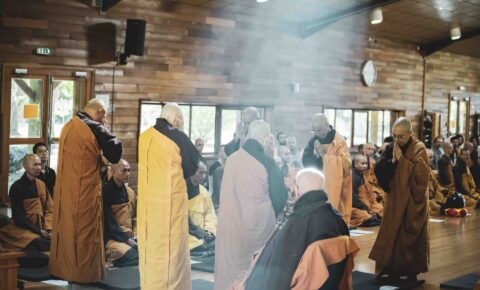 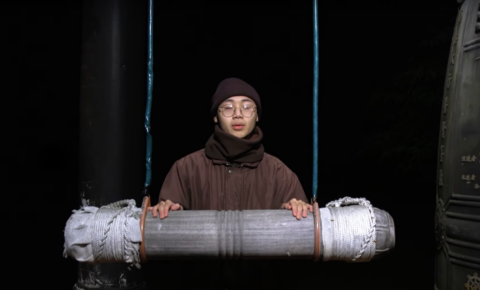