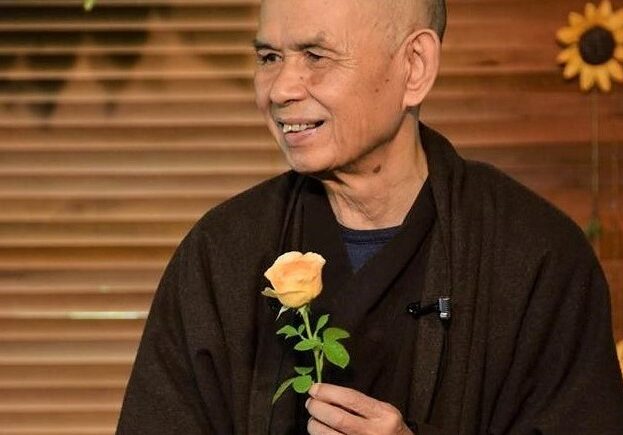 Songs / Please Call Me by My True Names (poem)

We invite you to listen to Thich Nhat Hanh (Thay) read one of his most famous poems. It reflects a deep insight into how we cannot separate ourselves from the world around us, even those who do harm.

Please Call Me by My True Names – Thich Nhat Hanh

Don’t say that I will depart tomorrow —
even today I am still arriving.

Look deeply: every second I am arriving
to be a bud on a Spring branch,
to be a tiny bird, with still-fragile wings,
learning to sing in my new nest,
to be a caterpillar in the heart of a flower,
to be a jewel hiding itself in a stone.

I still arrive, in order to laugh and to cry,
to fear and to hope.

The rhythm of my heart is the birth and death
of all that is alive.

I am the mayfly metamorphosing
on the surface of the river.
And I am the bird
that swoops down to swallow the mayfly.

I am the frog swimming happily
in the clear water of a pond.
And I am the grass-snake
that silently feeds itself on the frog.

I am the child in Uganda, all skin and bones,
my legs as thin as bamboo sticks.
And I am the arms merchant,
selling deadly weapons to Uganda.

I am the twelve-year-old girl,
refugee on a small boat,
who throws herself into the ocean
after being raped by a sea pirate.
And I am the pirate,
my heart not yet capable
of seeing and loving.

I am a member of the politburo,
with plenty of power in my hands.
And I am the man who has to pay
his “debt of blood” to my people
dying slowly in a forced-labor camp.

My joy is like Spring, so warm
it makes flowers bloom all over the Earth.
My pain is like a river of tears,
so vast it fills the four oceans.

Please call me by my true names,
so I can hear all my cries and my laughter at once,
so I can see that my joy and pain are one.

Please call me by my true names,
so I can wake up,
and so the door of my heart
can be left open,
the door of compassion.

Thich Nhat Hanh tells the story of the poem:

After the Vietnam War, many people wrote to us in Plum Village. We received hundreds of letters each week from the refugee camps in Singapore, Malaysia, Indonesia, Thailand, and the Philippines, hundreds each week. It was very painful to read them, but we had to be in contact. We tried our best to help, but the suffering was enormous, and sometimes we were discouraged. It is said that half the boat people fleeing Vietnam died in the ocean; only half arrived at the shores of Southeast Asia.

There are many young girls, boat people, who were raped by sea pirates. Even though the United Nations and many countries tried to help the government of Thailand prevent that kind of piracy, sea pirates continued to inflict much suffering on the refugees. One day, we received a letter telling us about a young girl on a small boat who was raped by a Thai pirate.

She was only twelve, and she jumped into the ocean and drowned herself.
When you first learn of something like that, you get angry at the pirate. You naturally take the side of the girl. As you look more deeply you will see it differently. If you take the side of the little girl, then it is easy. You only have to take a gun and shoot the pirate. But we can’t do that. In my meditation, I saw that if I had been born in the village of the pirate and raised in the same conditions as he was, I would now be the pirate. There is a great likelihood that I would become a pirate. I can’t condemn myself so easily. In my meditation, I saw that many babies are born along the Gulf of Siam, hundreds every day, and if we educators, social workers, politicians, and others do not do something about the situation, in twenty-five years a number of them will become sea pirates. That is certain. If you or I were born today in those fishing villages, we might become sea pirates in twenty-five years. If you take a gun and shoot the pirate, you shoot all of us, because all of us are to some extent responsible for this state of affairs.

After a long meditation, I wrote this poem. In it, there are three people: the twelve-year-old girl, the pirate, and me. Can we look at each other and recognize ourselves in each other? The title of the poem is “Please Call Me by My True Names,” because I have so many names. When I hear one of the of these names, I have to say, “Yes.” 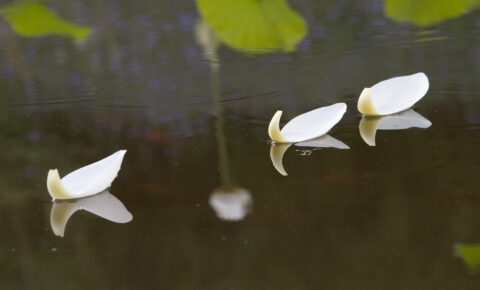 Please Call Me by My True Names (song) 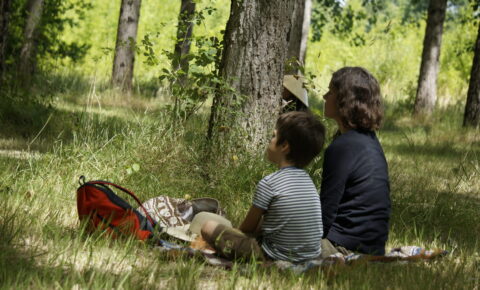 Thanh Thuy’s Apple Juice from The Sun My Heart 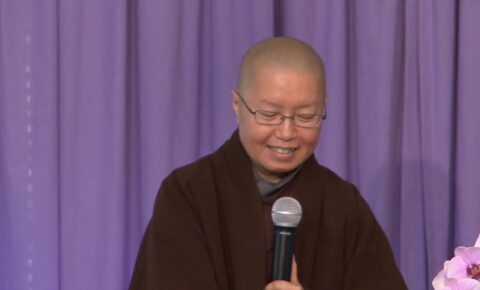 Sister Lang Nghiem teaches on the 8th, 9th and 10th Mindfulness Training, True Community and Communication, Truthful and Loving Speech, Protecting and Nourishing the Sangha respectively. Transformation of our speech and speech patterns is possible. Communication, kindness and loving speech are all trainable and we can learn to speak...