Sutras / Discourse on Emptiness in the True Sense of the Word

This is what I heard one time when the Buddha was residing with the Kuru people, in the village of Kalmasadamya. The World-Honored One addressed the monks: “I will offer you now the Teaching that is good at the beginning, good at the middle and good at the end; good in its meaning and good in taste, pure, and homogeneous, the Teaching that will help you successfully lead the pure and noble life of a monk. This is the Teaching of Emptiness in the True Sense of the Word. Please listen and reflect skillfully on it.

What does it mean, ‘the Teaching on Emptiness in the True Sense of the Word?’ The eye, o monks, when it arises does not come from anywhere, and when it perishes it does not go anywhere. Therefore, the eye arises not as a real entity, and having arisen, it perishes. The action is there, the result of the action is there, but there is no actor. One aggregate, while disintegrating, gives rise to another aggregate; and one can only look upon phenomena as mere designation. The same thing is true with regard to the ear, the nose, the tongue, the body and the consciousness—everything should be looked upon as mere designation.

Thus spoke the World-Honored One. The monks were delighted and joyfully put the teaching into practice. 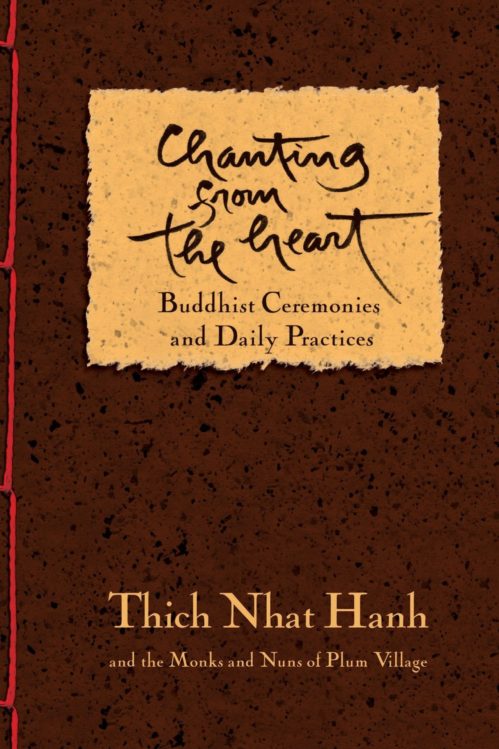 In this final talk of our June retreat “40 Years of Plum Village: Now We Have a Path, We Have Nothing More to Fear”, Sister Lang Nghiem invites us to train ourselves to recognize the present moment as a maturation of all our actions, including the experiences we received...

In this fifth talk of our June retreat “40 Years of Plum Village: Now We Have a Path, We Have Nothing More to Fear”, elder brother Pháp Ứng offers a heartfelt talk rich with poetry, music, and a video to share with us about the third Dharma Seal of...

In this fourth Dharma talk of our 40 Years Retreat, “Now We Have a Path: We Have Nothing More to Fear”, Brother Phap Linh shares how we can recognize trauma in ourselves and those around us, as well as how we can care for it and help it to...