Sutras / Discourse on Knowing the Better Way to Catch a Snake

Arittha replied, “Yes, friends, it is true that I believe the Buddha does not regard sense pleasures as an obstacle to the practice.”

The bhikshus scolded him, “Brother Arittha, you misrepresent the Buddha’s teachings and even slander him. The Lord has never said that sense pleasures are not an obstacle to the practice. In fact, he uses many examples to teach that sense pleasures are an obstacle to the practice. You should abandon your wrong view.” Although the bhikshus counseled Arittha in this way, he was not moved to change his view. Three times they asked him to abandon his wrong view, and three times he refused, continuing to say that he was right and the others were wrong.

Having advised him like this to no effect, they stood up and left. They went to the Buddha and recounted all that they had seen and heard.

The Buddha summoned Arittha, admonished him, and taught all of the bhikshus, “Monks, it is important to understand my teachings thoroughly before you teach or put them into practice. If you have not understood the meaning of any teaching I give, please ask me or one of the elder brothers in the Dharma or one of the others who is excellent in the practice about it. There are always some people who do not understand the letter or the spirit of a teaching and, in fact, take it the opposite way of what was intended, whether the teachings are offered in the form of verse or prose, predictions, verse summaries, interdependent origination, similes, spontaneous utterances, quotations, stories of previous births, wonderful occurrences, detailed commentaries, or clarifications with definitions. There are always some people who study only to satisfy their curiosity or win arguments, and not for the sake of liberation. With such a motivation, they miss the true spirit of the teaching. They may go through much hardship, endure difficulties that are not of much benefit, and eventually exhaust themselves.

“Bhikshus, a person who studies that way can be compared to a man trying to catch a poisonous snake in the wild. If he reaches out his hand, the snake may bite his hand, leg, or some other part of his body. Trying to catch a snake that way has no advantages and can only create suffering.

“Bhikshus, understanding my teaching in the wrong way is the same. If you do not practice the Dharma correctly, you may come to understand it as the opposite of what was intended. But if you practice intelligently, you will understand both the letter and the spirit of the teachings and will be able to explain them correctly. Do not practice just to show off or argue with others. Practice to attain liberation, and if you do, you will have little pain or exhaustion.

“Bhikshus, an intelligent student of the Dharma is like a man who uses a forked stick to catch a snake. When he sees a poisonous snake in the wild, he places the stick right below the head of the snake and grabs the snake’s neck with his hand. Even if the snake winds itself around the man’s hand, leg, or another part of his body, it will not bite him. This is the better way to catch a snake, and it will not lead to pain or exhaustion.

“Bhikshus, a son or daughter of good family who studies the Dharma needs to apply the utmost skill to understanding the letter and the spirit of the teachings. He or she should not study with the aim of boasting, debating, or arguing, but only to attain liberation. Studying in this way, with intelligence, he or she will have little pain or exhaustion.

“Bhikshus, I have told you many times the importance of knowing when it is time to let go of a raft and not hold onto it unnecessarily. When a mountain stream overflows and becomes a torrent of floodwater carrying debris, a man or woman who wants to get across might think, ‘What is the safest way to cross this floodwater?’ Assessing the situation, she may decide to gather branches and grasses, construct a raft, and use it to cross to the other side. But, after arriving on the other side, she thinks, ‘I spent a lot of time and energy building this raft. It is a prized possession, and I will carry it with me as I continue my journey.’ If she puts it on her shoulders or head and carries it with her on land, bhikshus, do you think that would be intelligent?”

The Buddha said, “How could she have acted more wisely? She could have thought, ‘This raft helped me get across the water safely. Now I will leave it at the water’s edge for someone else to use in the same way.’ Wouldn’t that be a more intelligent thing to do?”

The Buddha taught, “I have given this teaching on the raft many times to remind you how necessary it is to let go of all the true teachings, not to mention teachings that are not true.”

“Bhikshus, there are six bases for views. This means that there are six grounds of wrong perception that we need to drop. What are the six?

“First, there is form. Whether belonging to the past, the future, or the present, whether it is our own form or the form of someone else, whether subtle or gross, ugly or beautiful, near or far, such form is not mine, is not me, is not the self. Bhikshus, please look deeply so that you can see the truth concerning form.

“Second, there are feelings.

“Third, there are perceptions.

“Fifth, there is consciousness. Whatever we see, hear, perceive, know, mentally grasp, observe, or think about at the present time or any other time is not ours, is not us, is not the self.

Upon hearing this, one bhikshu stood up, bared his right shoulder, joined his palms respectfully, and asked the Buddha, “World-Honored One, can fear and anxiety arise from an internal source?”

The same bhikshu then asked, “World-Honored One, can fear and anxiety from an internal source be prevented from arising?”

“World-Honored One, can fear and anxiety arise from an external source?”

The Buddha taught, “Fear and anxiety can arise from an external source. You may think, ‘This is a self. This is the world. This is myself. I will exist forever.’ Then if you meet the Buddha or a disciple of the Buddha who has the understanding and intelligence to teach you how to let go of all views of attachment to the body, the self, and the objects of the self with a view to giving up pride, internal knots (samyojana), and energy leaks, and you think, ‘This is the end of the world. I have to give up everything. I am not the world. I am not me. I am not the self. I will not exist forever. When I die, I will be completely annihilated. There is nothing to look forward to, to be joyful about, or to remember,’ you will feel sad and become confused and despairing. This is how fear and anxiety can arise from an external source.”

The Buddha asked, “Bhikshus, do you think the Five Aggregates and the self are permanent, changeless, and not subject to destruction?”

“Is there anything you can hold onto with attachment that will not cause anxiety, exhaustion, sorrow, suffering, and despair?”

“Is there any view of self in which you can take refuge that will not cause anxiety, exhaustion, sorrow, suffering, and despair?”

The Buddha continued, “If, when he considers the six bases for wrong views, a bhikshu does not give rise to the idea of ‘I’ or ‘mine,’ he is not caught in the chains of this life. Since he is not caught in the chains of this life, he has no fear. To have no fear is to arrive at nirvana. Such a person is no longer troubled by birth and death; the holy life has been lived; what needs to be done has been done; there will be no further births or deaths; and the truth of things as they are is known. Such a bhikshu has filled in the moat, crossed the moat, destroyed the enemy citadel, unbolted the door, and is able to look directly into the mirror of highest understanding.

“Bhikshus, that is the Way of the Tathagata and those who have attained liberation. Indra, Prajapati, Brahma, and the other gods in their entourage, however hard they look, cannot find any trace or basis for the consciousness of a Tathagata. The Tathagata is a noble fount of freshness and coolness. There is no great heat and no sorrow in this state. When recluses and brahmans hear me say this, they may slander me, saying that I do not speak the truth, that the monk Gautama proposes a theory of nihilism and teaches absolute nonexistence, while in fact living beings do exist. Bhikshus, the Tathagata has never taught the things they say. In truth, the Tathagata teaches only the ending of suffering in order to attain the state of non-fear. If the Tathagata is blamed, criticized, defamed, or beaten, he does not care. He does not become angry, walk away in hatred, or do anything in revenge. If someone blames, criticizes, defames, or beats the Tathagata, how does he react? The Tathagata thinks, ‘If someone respects, honors, or makes offerings to a Tathagata, the Tathagata would not on that account feel pleased. He would think only that someone is doing this because the Tathagata has attained the fruits of awakening and transformation.’ ”

Having heard the Buddha speak thus, the bhikshus, with great joy, put the teachings into practice.

For the complete text and commentary, see 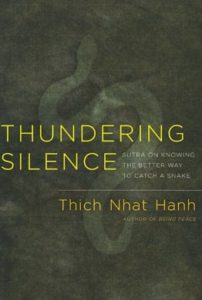 Sutra on Knowing the Better Way to Catch a Snake

Near the end of his life, the Buddha declared, “during forty-five years, I have not said anything.”  to encourage his disciples not to get caught by words or ideas…. 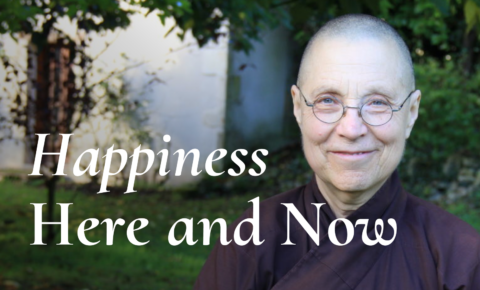 Are you aware of your body in daily life? Do you take time to pause and relax between activities? How do you start your day? Do you take a moment to touch a feeling of gratitude and joy for being alive? Let’s explore these and many more questions as... 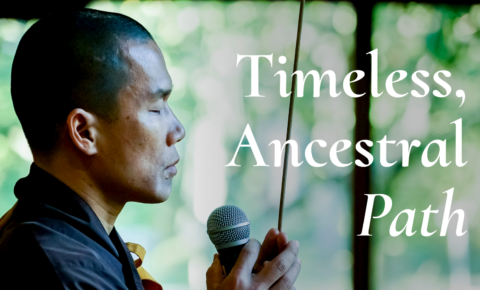 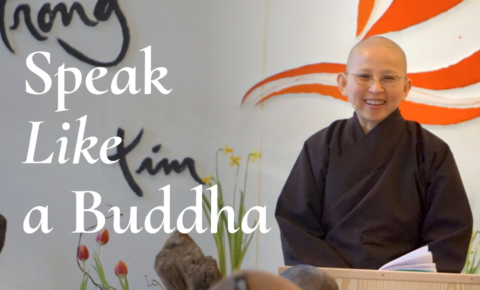