A letter from Sister Chan Khong in 2013

In the autumn of 1959, I had a conversation with a prominent Buddhist monk, and asked him many questions about the Dharma. But he didn’t answer any of them. Instead, he took out a book by Thich Nhat Hanh and said; “The answers to your questions are in here.” A month later I attended a course Thich Nhat Hanh was teaching in Saigon. I had never heard anyone speak so beautifully and profoundly. Thich Nhat Hanh was the teacher I had been looking for. And the next year, I became his student.

Whether you have read Thich Nhat Hanh’s (Thay’s) words in a book, listened to them in an interview or heard them in person, you know how transformative they can be.

On October 11, Thay turns 87. In honor of all that Thay has done, and the joy and peace that have resulted from his teachings, I hope you’ll join us in celebrating Thay’s Continuation Day.

Every year, on his Continuation Day, I always remind my friends to write to our beloved teacher and share what they have done to transform their most negative habit, as a gift offering to our teacher for his birthday. Maybe your transformation was great – for example you decided to reconcile with one person in your family that you had ignored for too long, or at least you were able to let go of the hurt you felt, or you recognized that you still need to let go of hurt feelings. The more you practice to transform suffering, the more our teacher is happy. Being his student for more than 52 years, I know that receiving news of transformation is the best way to make Thay happy and give him more energy to be able to continue to live a long time with us.

After his 85th birthday 2 years ago in Blue Cliff Monastery, Thay went back to Plum Village for the winter retreat from November 2011 to February 2012 with 173 monastics. The last week of February and into March 2012, he led a Great Ordination Ceremony for several hundred people at Plum Village with 26 high Monk and Nun dignitaries from Vietnam, 236 monastic and lay Precepts Receivers, and 37 Lamps of Wisdom transmissions. Thay then went to the United Kingdom for a talk at the House of Lords, and a public lecture in London for more than 3,000 participants, a retreat for 280 school teachers at the American School in London, and another retreat at Nottingham University with 800 participants.

In April 2012, Thay gave a lecture for 3,000 people in Dublin, a retreat for 1,000 people in the South of Ireland, and went to Belfast for a talk with Legislators in Stormont Congress House. Back in France, Thay led 820 French practitioners for a six-day retreat in Plum Village in May. Then in June, he led a 21-day retreat with scientists, and produced a booklet containing a love letter to Mother Earth. In July 2012, Thay led the regular four-week summer retreat at Plum Village for 4,500 practitioners — each week 1,150 participants joined. In August 2012, he spent time in Germany at the European Institute of Applied Buddhism (EIAB) for two retreats, including a retreat for 675 Dutch participants, a retreat for 788 German participants, one Day of Mindfulness for 1,700 participants at the EIAB in Wadbroel, and one public talk to an audience of 2,000 people in Den Haag.

In September 2012, Thay walked in meditation with several thousand people at the Piazza del Popolo (People’s Square) in Rome, gave a public talk, led a six-day retreat in Rome, then gave another public talk and hosted a Day of Mindfulness in Milan, and met with the Council of the City of Milan (Northern Italy.) Flying back to Paris, Thay was invited to take part in a panel discussion on Global Ethics held at the Paris Senate on September 13th. The other panelists included a senator, an economist, an environmentalist, and a psychiatrist. He then gave two public talks at the Arche de la Defense and led thousands of people in walking meditation down the concourse outside the famous Parisian Trade Center; everyone walking with peace and joy alongside Thay.

Please, take a moment to breathe and smile, and remember the first time Thay’s words touched you. Recall the beauty and lightness you have experienced in your life as a result of his mindful teachings and loving practice. Now take a moment to feel how nourishing it is to bring that awareness to others.

In face of Thay’s enormous generosity and unflagging dedication to teaching and helping others, we monastics never feel too tired to travel or teach. Together we are a monastic community of 756 monks and nuns in 15 different monasteries worldwide (five in France, three in the United States, one in Germany, two in Vietnam, one in Hong Kong, one in Australia, and two in Thailand). We do our best to support Thay and his teachings by welcoming retreatants all year round to practice with us in our practice centers, by hosting Days of Mindfulness open to the public every week, by holding retreats regularly throughout the year, as well as by traveling to different countries to share the practices.

We also provide funds for humanitarian relief assistance and the “Love & Understanding” program, which supports 458 pre-school classes for toddlers in remote and poor areas of Vietnam, as well as poor villages in Bodhgaya, India.
Please join us in celebrating Thay’s Continuation Day by sending the story of your practice or wonderful transformation as a gift to make our teacher happier and give him energy so he can continue to live and teach us for a long, long time to come.

Alternatively, if you have not joined the CONTINUATION FUND monthly donation program, you can join now, or make a one-time gift for Thay’s special day.

A lotus for you, 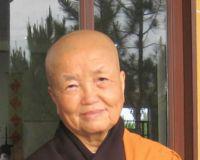