Some members of the Earth Holder Sangha sat with Sister Chan Duc and invited her to share about ways to practice to be with the difficulty that comes from Earth changes, to stay strong, and to be a resource for self, family and community.

My practice is taking care of the Earth every day: The way I walk on Earth is the best way to take care of Earth, because it establishes a relationship between me and Earth. As I walk I do not see Earth as something outside of me, as just matter, but as spirit, and Earth is part of me and I am part of Earth.

I feel this relationship is very important for anyone who wants to take care of Earth. Without this kind of relationship we cannot begin to heal the earth and heal ourselves. Earth is doing her very best. Life on Earth is very strong, and what we call the Earth is really life on Earth, because without life on Earth, Earth is not really Earth. We talk about a mantle of green, but it’s really Earth herself. And of course, the air is also Earth.

Thay was the first Buddhist master to introduce Mother Earth, Gaia, as a bodhisattva we bow down before in ceremonies in the same way as we bow down before Manjushri, the bodhisattva of great understanding and Avalokiteshvara, the bodhisattva of great compassion and so on. From then on we have had a spiritual relationship with Mother Earth. We haven’t related to her like this before. We now see Mother Earth as a Bodhisattva, and we also have an emotional relationship with her. We see her as our Mother—someone we have to take care of and protect.

Humans have seen ourselves outside of the Earth—that she is there for us to exploit, for us to use, but not for us to love and respect as a mother or as a bodhisattva. That’s why every day when I see Earth I say to myself and I say to Earth: Mother Earth: “You are doing your best, and I am very grateful.” When disasters happen, I feel that Mother Earth is suffering, and I see the causes and conditions underlying those disasters. The suffering of Mother Earth inter-is with the suffering of her children. When we suffer she also suffers.

Healing activities generate energy for the good
When you are in this kind of relationship with Mother Earth, any kind of public activity that you do in mindfulness with compassion and with love is helpful. Even if you do not see any result, right away, you send out wholesome energy when you are doing walking meditation, with compassion and right view. Right view is the view that the Earth and the human beings are one, we are children of the Earth. Just like the energy of heat, that wholesome energy can never be lost. No kind of energy can be lost; that is the law of thermodynamics. It is also the law of Interbeing and the truth of no birth and no death.

Whatever activity we do, even if we see that in the historical dimension it looks like it is not successful – for example, we were put in prison – as long as there was love, harmony, and compassion when we did that action, it is already successful. It will be an energy for the good.

It’s wonderful to practice Touching the Earth; the practice of prostration when we lie on the earth. We can stand in front of a tree or a mountain to do this practice and feel the strength and power of the nature penetrating us. You can use Thay’s book, Love Letters to the Earth to practice

Impermanence
I’d like to make a point about impermanence. It sometimes makes people unhappy when I say this, but it’s the truth: the Earth is impermanent. There will come a time when Earth will no longer have life on it. This is true and we have to accept it. This does not mean to say that the time is now. We still have a chance, but in the light of impermanence, we can be more accepting.

Breathing in, I am aware of my nation;

Breathing out, I am aware that my nation is impermanent.

Breathing in, I am aware of Mother Earth.

Breathing out, I am aware that Mother Earth is impermanent.

The Earth is very tough, as the great biologist Lynn Margulis told us, but nevertheless she is impermanent. And we have to see that, we have to meditate:

Breathing In, I am aware of Mother Earth;

Breathing Out, I am aware that Mother Earth is impermanent.

Obviously the energy generated by Mother Earth can never be lost. On the one hand, Mother Earth is impermanent and when we see that, it deepens our aspiration to take care of her. On the other hand, it puts us in touch with reality, which means that we are able to accept whatever happens. So that we don’t feel despair, because everything is impermanent.

That’s why we do our best, and when you are angry with somebody, you must look at that person and see they are impermanent. Then you can stop being angry. You don’t want to waste your time being angry when you know you won’t be there for each other in 200 years. So the meditation on impermanence is important to help deal with our despair and help us to do all we can, while we can.

Breathing in I see that the human species is impermanent.

Breathing out I smile to the impermanence of the human species.

It’s true; we are impermanent and if we don’t take care of ourselves and develop in the right direction we will be impermanent very quickly.

Practicing with anger and despair
It’s so important to move out of our heads and back into our hearts. The practices of Touching the Earth, everyday walking meditation, and seeing the Earth as spirit, not just matter can help us do this.

If you look into particle physics you see that everything is probability. There is not necessarily a direct line from point A to point B, in terms of Mother Earth’s well being or ill being. We can’t see the future. However much science can tell us; it can’t actually predict the future. Thus, it is important to be in touch with Mother Earth every day as she is – to relate to her as she is right now. What we do in this moment is what makes the future. If we do it well now, the future will be different. If we do it badly now, the future will be different.

Heart centred practice; a place of transformation
We can practice to trust. The energy of a spiritual practice will take care of us – protect us. And it will also protect the Earth. If every day we are giving rise to energy of despair, frustration, anger… we are not good for ourselves, not good for the Earth.

There are people who have been activists for a long time and are caught in an ‘activist mode’ – it’s dangerous. They’ve been fighting all their lives from when they were young and now they are in their 60s and 70s and they are still fighting. It’s not right for an activist to be like that. On the one hand, we’re grateful because they stay in the camp, the fracking camp or wherever for years and years. But while they’re there they don’t have the nourishment of joy and peace and it becomes habit energy to always be fighting, always to be opposing, always to feel fought against, opposed, and that nobody cares. We have to be very careful to take care of ourselves as an activist and that needs a spiritual practice that nourishes us.

More Resources and Inspiration for Practice:

Words:
Only Love can Save us from Climate Change– Thich Nhat Hanh Interview
Breathing with the Earth
Anger
The World we Have
Savor

Make a Commitment:
Earth Holder Commitment
Support for changing to a Plant Based Diet
Join the Earth Holder Sangha or create a new one in your area

Sister Annabel Laity, (Chan Duc, True Virtue), was born in England. She has been a disciple of Thich Nhat Hanh since 1986, and in 1988 in India, she became the first Western European  woman to be ordained as a nun by Thich Nhat Hanh. She is a much-loved senior Dharma Teacher and travels widely, leading meditation retreats and inspiring many with her unique teaching style throughout the world. In 2000, she became the first Western/European nun to teach Buddhist Dharma in Thailand, and is currently Dean of Practice at the European Institute of Applied Buddhism in Germany. 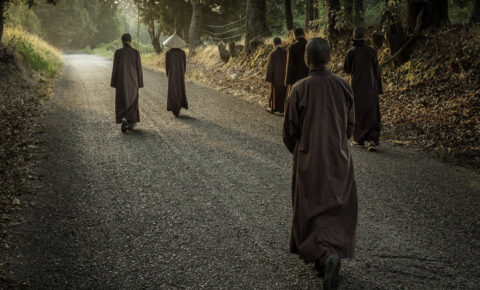 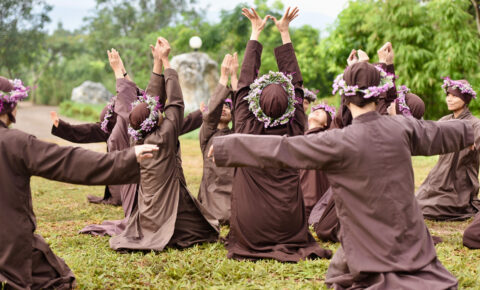 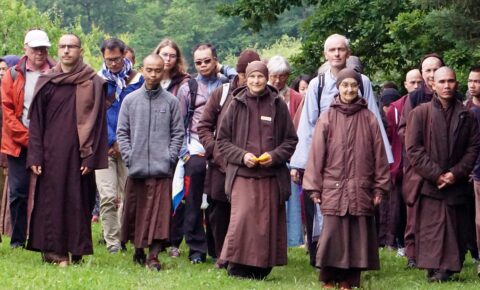 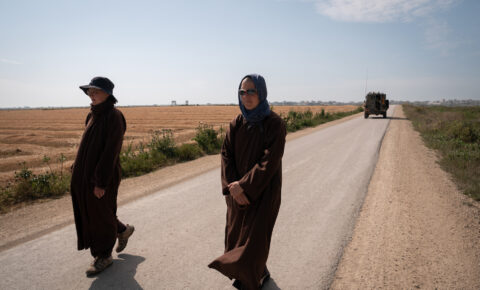