As the calendar year draws to a close, we share an excerpt from a Dharma Talk offered on December 29, 2013, where Thay invites us to question what it means for a year to end and a new year to begin.

We think that there are two more days and then the year 2013 will be gone. Is it true that the year is going to die? Can we speak about the birth or death of a year? This is an object of meditation.

What does it mean to die?

Dying means that from ‘being’, you go suddenly to the realm of non-being. And that will happen to the year 2013. In two days, there will be no more 2013 – and the year 2014, we think that it is not here yet. It will come in two days – but where is it now, the year 2014? Can we touch it? Will the new year really be a new year, or will it just be a repetition of the old year? It depends very much on us.

But if you know how to handle hate and anger, you can turn them back into understanding and love.

We can learn all these things as practitioners of mindfulness. If we do not master the practice of generating joy and happiness, if we do not know how to handle painful feelings and emotions, we are going to repeat that in the new year. And the new year will not be very new, but a repetition of the old year.

So, for the year to be new, you have to renew yourself. You have to make yourself new. That is why, in Plum Village this year, we have the phrase, “New year, new me.” I need a new me in order to enjoy the new year.

A year is [a period of] time. And time is linked to space and action.

If we know the practice of mindful breathing, mindful walking, and mindful dealing with pain, sorrow, and anger, then we can improve the quality of our actions, of our life, and of our days, months, and years.

Now it is wintertime; doing walking meditation, you don’t see butterflies. Flowers and these small creatures that appear during April and May, you think that they are not there. We tend to think of them as not existing. But that is not true: they are there, waiting for the month of April to manifest.

Nothing is Born, Nothing Dies.

To meditate means to have the time to look more deeply; to see things that people who do not meditate cannot see. And if you do well, you can touch your nature of no birth, no death.

In the year 2013, have you had difficulties with someone? Have you got angry at him or her? Did you want to leave them forever? Did you know how to handle that kind of anger and despair?

When you touch the Earth, you may be aware that you and that person are both going back to Mother Earth. And the insight will come that, during the years, the days, and the months that are left for us to be together, we should be more compassionate with each other. Because we will go back to the Earth.

If you can touch the Earth like that, all your anger and suffering will vanish very quickly. The practice of Touching the Earth is wonderful.

[This transcript was edited for readability. It was previously published on the Plum Village App Blog.] 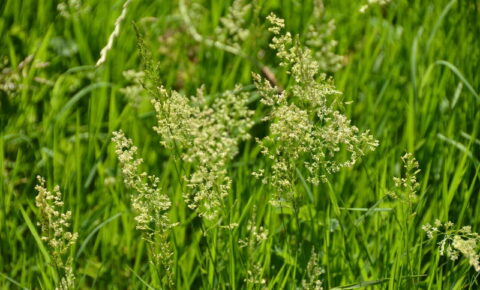 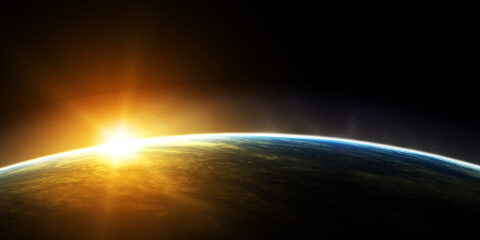 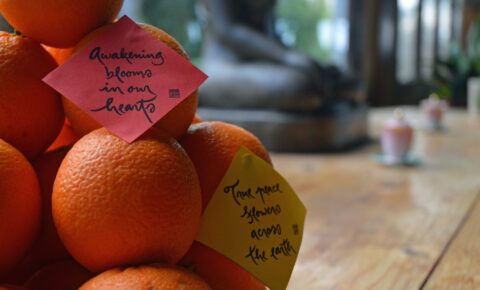