This moving letter to the President of France was written by Sister Mai Nghiem, a French nun and Dharma Teacher in the Plum Village Tradition, currently residing at Deer Park Monastery in California. Thay (Thich Nhat Hanh) has often taught us the practice of writing “love letters” to our political leaders at times of shock, turmoil and fear. Many of us remember his powerful letter to President George W. Bush in 2006.

You may be inspired by Thay and Sister Mai Nghiem’s example, to look deep in your heart and do the same.

This morning four military planes crossed the sky over our mountains. They made me think of France. I have been in California for a year, but these past days my heart and thoughts go out unceasingly to my native country.

My thoughts also go out to you, Mr. President, father of a country in shock, who must, at this hour, cope with a painful and complex situation under extreme political and media-driven pressure which must cause you, no doubt, stress-filled nights without rest.

Thank you for accepting this difficult task to be captain of the ship and to do it with a great sense of responsibility and necessity.

On the night of the 13th of November many of the members of my French family died. A part of me died with them. And from the vulnerability of my wounded heart, a voice makes itself heard: the echo of my cries in the sobs of my Syrian brothers and sisters, the echo of my despair in the calls for help of all the men and women who suffer, a little bit everywhere, from the loss of their loved ones, from the violence, the terror and the war.

I know from the depths of my wounded soul, today more than yesterday, that I wish no family to have to shed these bitter tears.

As Pope Francis said in his acclaimed speech to the US Congress, “Let us remember the Golden Rule: ‘Do unto others as you would have them do unto you.'”

Mr. President, we learn in history books that by humiliating the Germans in the Treaty of Versailles of 1919 we gave a springboard to Hitler in his rise to power, that the bombardment of Cambodia in 1973 served as fodder for the recruitment campaign of the Khmer Rouge, and how the war in Iraq became kindling for the fire of Islamist fanaticism.

In the current world crisis it is easy to get caught up in the urgency (though very real), the agitation and the frenzy around us.

May we all, while responding to the imperative need to protect the population, also take time to remember, to listen and to learn from history and from the memories of those who witnessed it;

May we all, in a world where the past may be brought back to life in a very real and poignant way (as in the recent movie “The Son of Saul”), honour through our responsible, intelligent and awakened actions the remembrance of so many who died and suffered, and not allow any chance that our children may have to re-live such trauma;

May we all together work to build a world where attentive and compassionate listening to the suffering endured by both sides prevails over the unnecessary escalation of violence that no one wishes for, where the desire for deep and genuine understanding triumphs over our prejudices, our fears and our thirst for vengeance or power;

So that together we may, as Gandhi said, not just keep ourselves from making the world blind, but also light a spark of life, of hope and of love in the eyes of its inhabitants.

Mr. President, I am confident that the history books and the generations to come will remember you as someone who knew how to bring quiet strength to a nation that so needed it in a chaos of fear and anger; as a shrewd captain who knew how to bring his ship into calm waters; as the wise and courageous commander of the guardians of real peace; as the shepherd who knew how to take care of his sheep beyond the borders of his fields.

For we all prefer the cheerful chirping of blackbirds to the screaming of missiles, the free and majestic flight of the hawk to the scrambling of jet fighters.

Please know, Mr. President, that in these somber hours you do not walk alone on this arduous path. The thoughts of support and courage of many go with you.

With all my gratitude and confidence,

Your child among others, 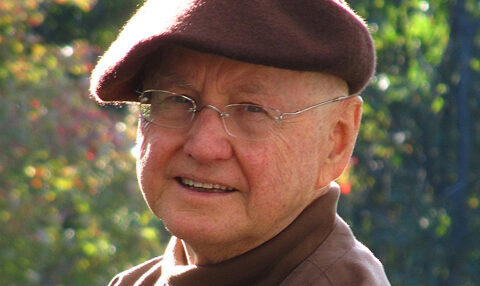 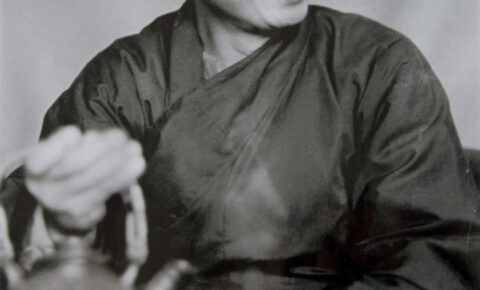