This weekend Thich Nhat Hanh’s ashes will be scattered at Plum Village Monasteries around the world. Sunday will mark 49 days since Thay’s passing, an important day in Buddhist traditions.

(Events from other centers around the world are here.)

Join us for the special “Coming and Going in Freedom” online retreat starting at 19:30 (CET) on Thursday 10 March, followed by two days of meditations, talks, and circle sharings, ahead of the live-streamed ceremony to receive and spread Thay’s ashes in Upper Hamlet, Plum Village, France on Sunday 13 March. Registration is open until Friday and there are still limited spaces for the sharing circles.

On Saturday 5 March, Thay’s monastic and lay students gathered in Upper Hamlet to welcome back Thay’s ashes from Vietnam. The sanghati-clad monks and nuns led the procession in silence, taking mindful steps to the sound of ceremonial bells and drums. After touching the earth in respect to Thay in the Still Water Hall, the sangha sang “I have arrived, I am home”. The invitation ceremony continued with the sisters bringing part of Thay’s ashes to the New Hamlet and Lower Hamlet.

Events at Plum Village Centers Around the World

“We Have A Path” Memorial Weekend (in-person and online) with live-streamed Dharma talks & Sunday Ceremony:

Other Plum Village Centers will host in-person retreats and ceremonies over the weekend.

We hope you can join us at some stage to mark the occasion. 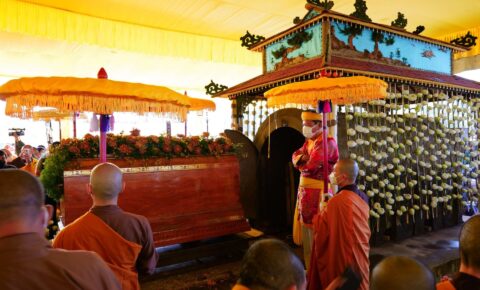 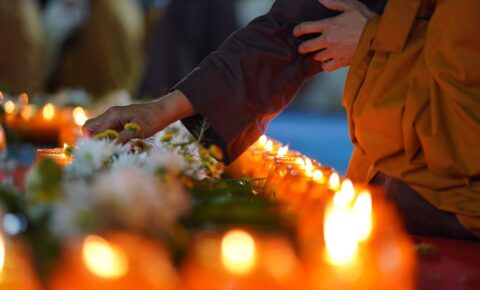